History of the League

The Berkshire County Girls Football League was formed in 2011 by the Berks & Bucks County Football Association (BBFA), with the support of the individual leagues that had previously provided girls’ football in the County.  In its first season (2011/12) it had a total of 62 teams from 26 clubs and averaged around 770 players and acheived the FA's Charter Standard at the end of that season.  Now in its sixth season, the league currently has nearly 100 teams teams from 38 member clubs, and now has approximately 1,500 girls regularly playing football on Saturday mornings, with developmental festivals for Under 7's through to Under 9's, trophy events and other fixtures for Under 10's and Under 11's, and competitive league and cup competitions for Under 12's through to Under 16's. 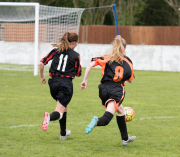 The member clubs of the League are predominantly from Berkshire and/or affiliated to BBFA.   Clubs from other counties, including Hampshire, Oxfordshire and Wiltshire have also been elected to the league mainly due to them either being geographically closer to the teams playing in Berkshire or because of the lack of suitable competition in their own county.   The location of all current active member clubs can be seen in the Our Clubs page with details about girls football at each club  the Club Listing section(currently under construction).

Information about the League is available on the BCGFL Admin pages, including league contact details, information for new clubs interested in joining League, guidance for teams on match days, information for and about referees, and details of honours in previous seasons. 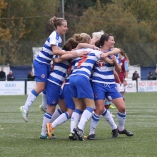 As well as having an active and expanding Girls League, there is progression to Under 18 football and on to adult women's football via the Thames Valley Counties Womens League.  Berkshire is also the home of a Womens Super League 1 team, Reading FC Women, with Womens Super League 2 team Oxford United Women also playing their home games in the Berks & Bucks County FA region.