These awards are in memory of the late Brian Wratten, remembered by many for his sense of fun and fairness that he applied to every game he refereed, and also as a tutor and educator of referees, young and old, for many years.

Purpose of the Awards

There are many reasons why these awards have been introduced, which include:

- to recognise outstanding performance in young and senior referees

- to give managers and coaches the opportunity to show their appreciation of the role which referees play in the game.

To be eligible to be considered for these awards the referee must:

- have been under 18 at 31st August at the start of the season for the young referee award.

Nominations may come from anyone in a position to make a judgement on the performances of particular referees, which would coaches, managers, other referees, club or league officials etc.

To nominate, please email referee@bcgfl.org.uk with “Referee Award” as the subject.

Please provide the following information with your nomination:

- name of referee being nominated (must be on BCGFL referees list)

- the reasons for the nomination (300 words maximum) – highlight any particular situations or matches to give examples of their performances during the season.

Factors to consider in making a nomination would include:

- how the referee applies the laws of the game (e.g. correctly and consistently etc.)

- how the referee communicates to players and coaches (e.g. confident and clear, supportive to younger players etc.)

- how the referee has developed over the season (especially younger referees )

- how the referee presents themselves on match days (appearance, equipment, reliability, punctuality etc.), including, where applicable, pre-match communications.

Judging and selection of winner

The League's Referees' Secretary will shortlist the nomiinations, with the final winners with the winners agreed by the BCGFL Management Committee.

The winners will receive trophies to be given at a suitable occasion, such as the Presentation Event or AGM.

Brian Wratten Referee of the Season 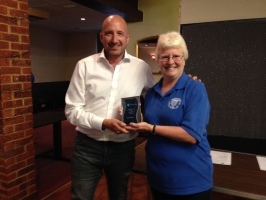 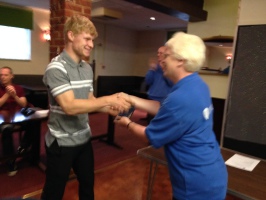