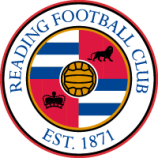 In May 2006, Reading Football Club delightedly announced the launch of its first ever women’s football team, which came after three years of planning and development with our Youth & Junior Academy. The launch of the Reading FC Women’s team came after carefully analysis of women’s football in the area and this initiative was in partnership with Reading Girls FC.

The Academy had already generated a number of international youth players and more were coming through the ranks, but the club had no senior outlet for any of the players until Reading FC Women was formed. The senior side now provides an outlet for a number of exciting young players that graduate from our Academy. With a target to play premier league women’s football, the squad, which included a reserve team, entered mid-tier of the leagues structure.

The club gained entry in the FA Women’s Super League 2 ahead of 2014 season. Our inaugural season in the FA WSL, under the guidance of Jayne Ludlow & Assistant Kelly Chambers, Reading achieved an excellent 3rd place finish in the League behind promoted Sunderland and runners-up Doncaster Belles. At the end of the 2014 season Ludlow departed Reading FC Women for new pastures as Manager for Wales Women National Team. Reading FC Women’s player Fran Kirby achieved WSL 2 Player of the Season, along with WSL 2 Top Scorer.

The success of 2014 saw Reading FC Women tipped for promotion in 2015, the start of a new campaign began with the introduction of new player's: Rachel Rowe, Kylie Davies, Charlie Estcourt, Emma Follis & latterly Nia Jones & Nikki Watts. It also saw long time Royal Fran Kirby receive a full-time contract and Senior International honours including the FIFA Women's World Cup Finals 2015. That was to be the end of the road with Reading for Kirby as she headed to pastures new with FA WSL 1 club Chelsea for a British Record Transfer fee. Despite doubters with the departure, Reading FC Women proved them wrong with a run in that saw them score the most goals in FA WSL 2, secure promotion with 2 games remaining & win the FA WSL 2 title on the final day of the season. Kelly Chambers became only the second female Manager to compete in FA WSL 1.

The 2016 season saw them retain their WSL status, followed by a 2017 Spring Series that saw them finish a creditable 6th in the top flight. 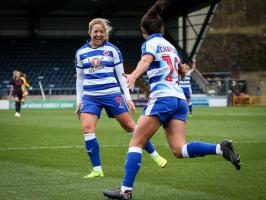 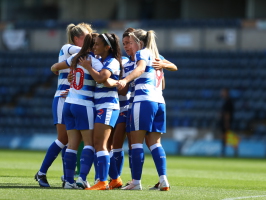